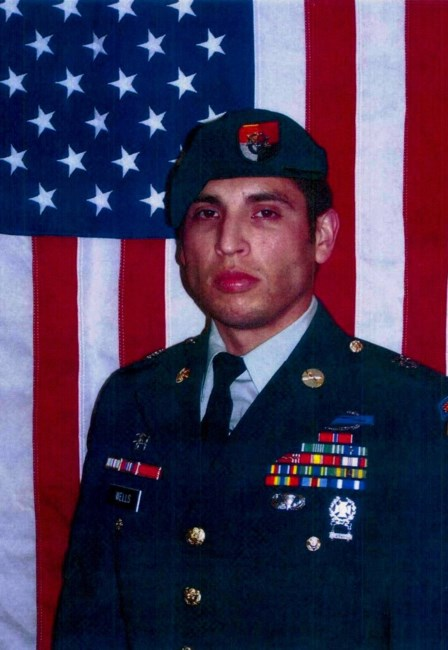 Man fatally shot inside Fayetteville home was a soldier
By ABC11
Wednesday, October 9, 2013
FAYETTEVILLE
Authorities say a man killed inside a Fayetteville home Monday night was a soldier assigned to Special Forces at Fort Bragg.
It happened just before 9 p.m. in the 7200 block of Beaver Run Drive.
Fayetteville police said 35-year-old Sean Wayne Wells, his wife, and their 4-year-old daughter were in the house when two men came to the front door.
In a frantic 911 call, Wells' wife said two people wearing black forced their way into the house and demanded money.
Authorities said once inside, the woman and child were moved to another room and then there was an altercation between the suspects and Wells.
His wife told a 911 operator, she heard three gunshots, and then one of the suspects came into her room and demanded the keys to the family's Toyota Camry.
After they left, she and her child fled to a neighbor's home. Neither of them was hurt.
Police are not calling the shooting death a random act, but said it appeared robbery may have been a motive.
"We know there were two males involved and that they may have been driving a Dodge Dakota pick-up truck. They also left with the victim's Toyota sedan," Medlock added.
Detectives later found the 2012 Toyota Camry on Rembrandt Drive near Rim Road and took it into police custody.
Janie Campbell, a resident of the mobile home park where the Camry was found, first saw the car when she came home Monday night.
"We got home around ten and the car was just sitting there...It was just dark like you could tell it had been sitting there for awhile, and we thought not much about it...Maybe someone ran out of gas, or someone decided to park it there for no reason," she said.
This is Fayetteville's 20th murder of the year.
Fort Bragg said Wells was assigned to the 2nd Battalion, 3rd Special Forces Group (Airborne). Among his many decorations, he earned a Bronze Star Medal and was deployed to Afghanistan twice. Wells had been in the army 15 years.
Police still don't have a good description of the two suspects. A police spokesman continues to insist this was not some random act, but at the same time police warn the public the two suspects are armed and dangerous.
Anyone with information related to the case is asked to contact detectives with the Fayetteville Police Department at (910) 433-1856 or Crimestoppers at (910) 483-TIPS (8477).
https://www.fay-nccrimestoppers.org/
https://abc11.com/archive/9278723/
Sean Wells Obituary
https://www.dignitymemorial.com/obituaries/henderson-nv/sean-wells-5695369
Sean Wells Press Conference