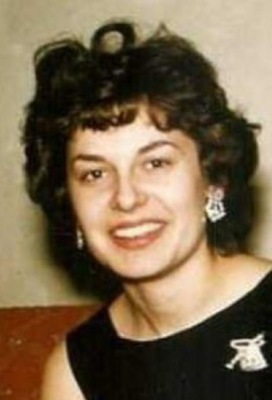 Sandra June Horwath. Ann Arbor, Michigan.
October 1, 1973
Ann Arbor, Michigan
Age 33 years old (at time of disappearance)
Hair Brown, longer than shoulder length
Eyes Brown
Height 5'6"
Weight 135 pounds
Sex Female
Race White
Remarks:
Horwath was last seen wearing a house dress or blue tank top and pullover shirt, blue stretch pants, a white blazer, wooden-based sandals with a beige strap, and carrying a purse.
Details:
On October 1, 1973, Sandra “Sandy” Horwath took her children to the Sears store at the Briarwood Mall in Ann Arbor, Michigan.  Sandy and her kids returned home at 8:30 pm, she took a phone call from a male friend at approximately 9:30 pm, then put the kids to bed at 10:00 pm.  The next morning at 6:00 am, Sandy’s children awoke to find their mother missing from home and she had not reported to work.  The flowerbeds outside of her house were found trampled.  Sandy’s watch and vehicle were located at her residence, but her purse was never located.  The Ann Arbor Police Department is seeking assistance in regards to the disappearance of Sandra Horwath.
Submit a Tip:
If you have any information concerning this person, please contact your local FBI office or the nearest American Embassy or Consulate.
Submit an anonymous Tip online https://tips.fbi.gov/
https://www.fbi.gov/wanted/vicap/missing-persons/sandra-june-horwath---ann-arbor-michigan
Mystery Disappearance of Ann Arbor Mother
Source: Ann Arbor District Library
An Ann Arbor mother of three disappeared from her Braeburn Circle residence on October 1, 1973. Sandra Horwath put her three children to bed and left her home, her family never seeing her again. Sandra was employed at the University Hospital in the accounting department. She was divorced from her husband and dated occasionally.
On the night she disappeared, she put her children to bed, then it appeared that she was preparing for bed. For reasons unknown, she got dressed, took her purse and left the home, leaving behind her three children, ages 9, 7, and 6.
From all accounts she was a devoted mother and the disappearance was puzzling. Initial questioning with her ex-husband, friends and coworkers, revealed nothing suspicious.
Detectives investigated the case tirelessly but were stumped as to why Horwath disappeared. Detectives continued to investigate the case and had no new leads for nearly three years. After investigating dead ends for three years, detectives received a call from the Houston, Texas police department, in April of 1976.
Houston detectives had arrested a subject named Gary Taylor for sexual assault. While he was in jail, his wife told authorities that he had killed and buried three women and a man outside a rented house in Onstead, Michigan, which is in Lenawee County. Based on their investigation, it was believed that Horwath's body was one of those buried.
Due to this information, Michigan authorities dug up the site and discovered two of the bodies, both of whom had been shot. Horwath's body was not one of the two, but it was believed she was buried somewhere nearby. It was found that Horwath had dated Taylor when she worked at the university, while Taylor was on leave from the Center for Forensic Psychiatry at the Ypsilanti State Hospital.
Taylor had a bizarre background, spending 13 years in a mental institution beginning in the 1950's for shooting a trio of women in Royal Oak. He was found not guilty by reason of insanity, telling authorities he “had a compulsion to hurt women”. You might think this crime would have kept him in the psychiatric hospital, but unfortunately it did not.
After being released, Taylor then went on to Washington and Texas where he was allegedly involved in numerous rapes and murders. He was accused of a murder and rape in Seattle and three charges of sexual assault in Texas.
Obviously it was suspected that Taylor was involved in the Horwath disappearance, but police could find no body and with no evidence, the case remains unsolved. I happened to speak with Lt. Tieman about the case when doing research and he stated, coincidentally, that he had read the Horwath file and was thinking of re-opening it.
It is still believed that Horwath's body is buried at the Onstead site and Taylor is responsible for her disappearance. In recent years the Onstead property has been excavated on two different occasions in the search for Horwath's body. Both of these searches have been unsuccessful, but it is still felt she was killed and buried in the area.
https://aadl.org/aapd/truecrimes/8-4