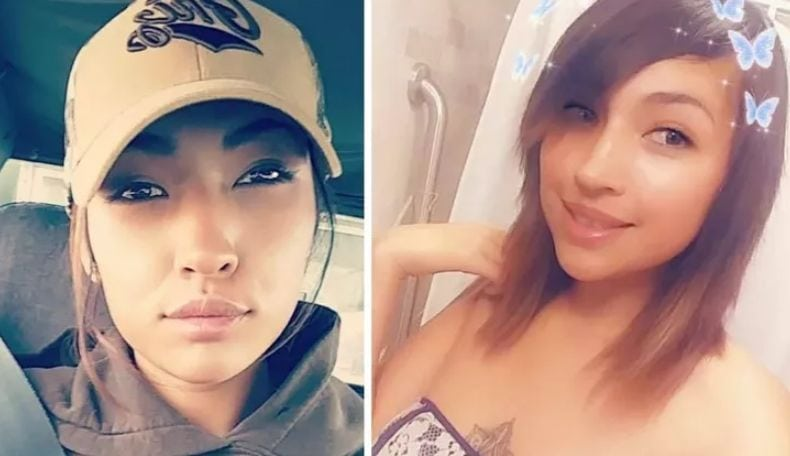 Missing Since
06/16/2018
Missing From
Missoula, Montana
Classification
Endangered Missing
Sex
Female
Race
Native American
Date of Birth
04/23/1995 (27)
Age
23 years old
Height and Weight
5'9, 130 pounds
Clothing/Jewelry Description
A gray hooded sweatshirt with a brown Under Armour logo, a white t-shirt, jeans, cowboy boots with square toes, and a blue baseball cap a logo of three trees and a tan bill.
Distinguishing Characteristics
Native American female. Brown hair, brown eyes. Charlo's nickname is Liz, and she may use the last name Morigeau. Her ears are pierced. She has a tattoo of a flower on the center of her chest and a tattoo of a deer on her left shoulder blade. A photo of the flower tattoo is posted with this case summary.
Details of Disappearance
Charlo was last seen in Missoula, Montana on June 16, 2018. Late night before, she went to the Badlander, Golden Rose and Dark Horse bars. Between midnight and 1:00 a.m. on June 16, she was dropped off on Fifth Street between Russell and Orange streets, and was last seen walking east towards the Orange Street Food Farm.
She has never been heard from again and is considered missing under suspicious circumstances. She hasn't used social media since her disappearance, which is uncharacteristic of her.
Authorities believe Charlo may have been the victim of human trafficking, and they think she's no longer alive. Her case remains unsolved.
Investigating Agency
Missoula Police Department 406-552-6300
Five Valleys Crimestoppers 406-721-4444
https://www.crimestoppersmt.com/
https://charleyproject.org/case/jermain-austin-charlo
Stolen: The Search for Jermain
https://open.spotify.com/show/7D4inq4DY144KIZN99Od6t