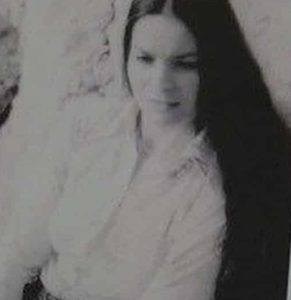 Margit Schuller
Beaufort, South Carolina
Source: Beaufort County Sheriff's Office
Shortly after 8 pm on November 1, 1987, 34-year-old Margit Schuller was found shot to death in the laundry room at Palmetto Apartments on Harding Street in Beaufort.
During the investigation, biological fluid belonging to the unknown subject was found.
Early on, investigators were provided names of possible persons of interest, but, due to the limited forensic technology available at the time, were unable to eliminate or identify them as being the source of the biological fluid.
In the years following Margit Schuller’s murder, forensic DNA analysis emerged and was made available at federal and state laboratories.
In 1999, the biological fluid recovered from the scene was subjected to DNA analysis and a profile of an unknown male subject was eventually developed. The DNA profile entered into the Combined DNA Index (CODIS).
All of the original persons of interest were eliminated as being the source of the biological fluid, after either voluntarily providing DNA samples for comparisons, or, as some were convicted felons, through comparisons with their known DNA profiles in CODIS.
In 2019, DNA extract from the biological fluid found at the crime scene was submitted to Parabon Nanolabs for ancestry of the unknown subject and a to have a composite sketch of his possible appearance from data prepared.
Parabon released a phenotype report on its ancestry findings and how its database suggests the subject may have appeared near the time of the murder — at age 25 and how he may appear today — at age 55 — with and without facial hair. The accuracy of DNA data in predicting the subject’s appearance is unknown, as he has yet to be identified.
The unknown subject’s DNA profile remains in CODIS and is routinely searched against known offenders.
Submit a Tip at 843-524-2777
https://bcso.net/contact-us/submit-a-tip/
https://bcso.net/margit-schuller/