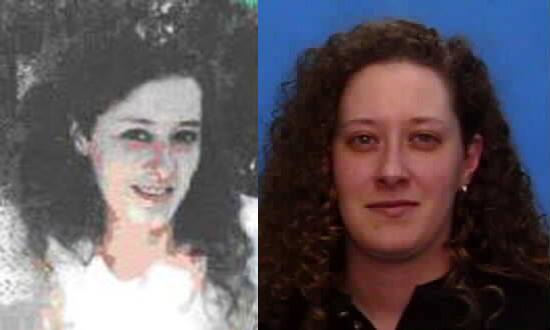 Jennifer Lee Wilson
Missing Since
09/01/2002
Missing From
Derby, Kansas
Classification
Endangered Missing
Sex
Female
Race
White
Date of Birth
03/31/1973 (49)
Age
29 years old
Height and Weight
5'5 - 5'9, 110 - 125 pounds
Clothing/Jewelry Description
Unknown, but she usually wears baseball caps and sweatshirts. She may have gold rings on her left index finger and right ring finger.
Associated Vehicle(s)
Green/blue 1998 or 1999 Ford Probe (accounted for)
Distinguishing Characteristics
Caucasian female. Brown/red hair, blue eyes. Wilson has a scar on her back at her waistline, a mole removal scar on her back, and a one-and-a-half-inch scar under her chin. Her hair is curly and past her shoulders, and she usually wears it in a ponytail. She may use the first name Sydney or Sidney. Wilson wears contact lenses. She previously broke a tooth, which was repaired, and she previously broke her right arm just below the shoulder. Her shoe size is 7.5 and her ears are pierced.
Details of Disappearance
Wilson was last seen in Derby, Kansas on September 1, 2002. She lived in the vicinity of 143rd Street east and 63rd Street south. On the day of her disappearance, she had a fight with her roommate at Jezebel's, the club where she worked as an exotic dancer, and they continued to argue after they arrived home.
Wilson's roommate subsequently told Wilson's mother that after the argument, Wilson became extremely upset and left the residence crying. All of her personal belongings, including her green/blue 1998 or 1999 Ford Probe, were left behind. She also left her dog, whom she usually took with her everywhere.
It wasn't uncharacteristic of her to be out of touch with her mother, so Wilson's family didn't worry about her for about a year and a half. After that time passed without any contact, Wilson's mother tried to find her roommate again and learned she had gotten a new job at another club and was using Wilson's Social Security number. When Wilson's mother learned about this, she reported her daughter missing.
Police learned that Wilson's roommate had told several different stories to people about her disappearance, including that she had moved to Kansas City, Missouri. She also told multiple stories about what happened to Wilson's dog, a German Shepherd which she didn't take with her but which also disappeared sometime after Wilson did. The roommate has not been named as a suspect in her case, however.
Wilson frequents bars that cater to the alternative lifestyle. She had previously worked in retail jobs, but switched to dancing because it paid more. Authorities believe she may have been the victim of a homicide. She was declared legally dead in June 2013. Her case remains unsolved.
Investigating Agency
Sedgewick County Sheriff's Department 800-447-7604
316-660-3799 coldcase@sedgwick.gov
https://charleyproject.org/case/jennifer-lee-wilson