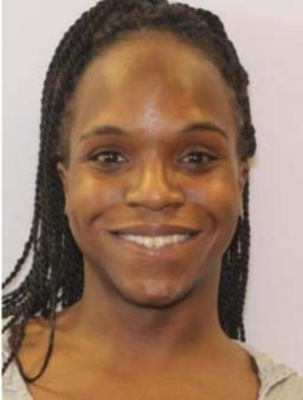 DEVIN "SACOYA" COOPER
August 31, 2021
Columbus, Ohio
Date(s) of Birth Used August 9, 1988
Hair Black
Eyes Brown
Height 5'5"
Weight 145 pounds
Sex Female
Race Black
Reward:
The FBI is offering a reward of up to $10,000 for information leading to the location of Devin ‘Sacoya’ Cooper.
Remarks:
Cooper was last seen wearing black lemonade braids, a black and white summer dress, and black and white Baby Phat sandals.
Details:
Devin ‘Sacoya’ Cooper, a transgender woman, was last seen leaving her residence in the north side of Columbus, Ohio, at approximately 11:30 p.m. on August 31, 2021, to go to the corner store.  She never returned home.  At the time, she was driving her black 2009 Ford Fusion, which was later recovered in the west side of Columbus.  Cooper was reported missing to the Columbus Division of Police on September 1, 2021.  She appears to be the victim of foul play.
Submit a Tip:
Anyone with information related to the disappearance of Devin ‘Sacoya’ Cooper is asked to call the Central Ohio Crime Stoppers Tip Line at 614-461-8477(TIPS). You may also contact your local FBI office, the nearest American Embassy or Consulate, or you can submit a tip online at https://tips.fbi.gov/
Field Office: Cincinnati
https://www.fbi.gov/wanted/kidnap/devin-sacoya-cooper