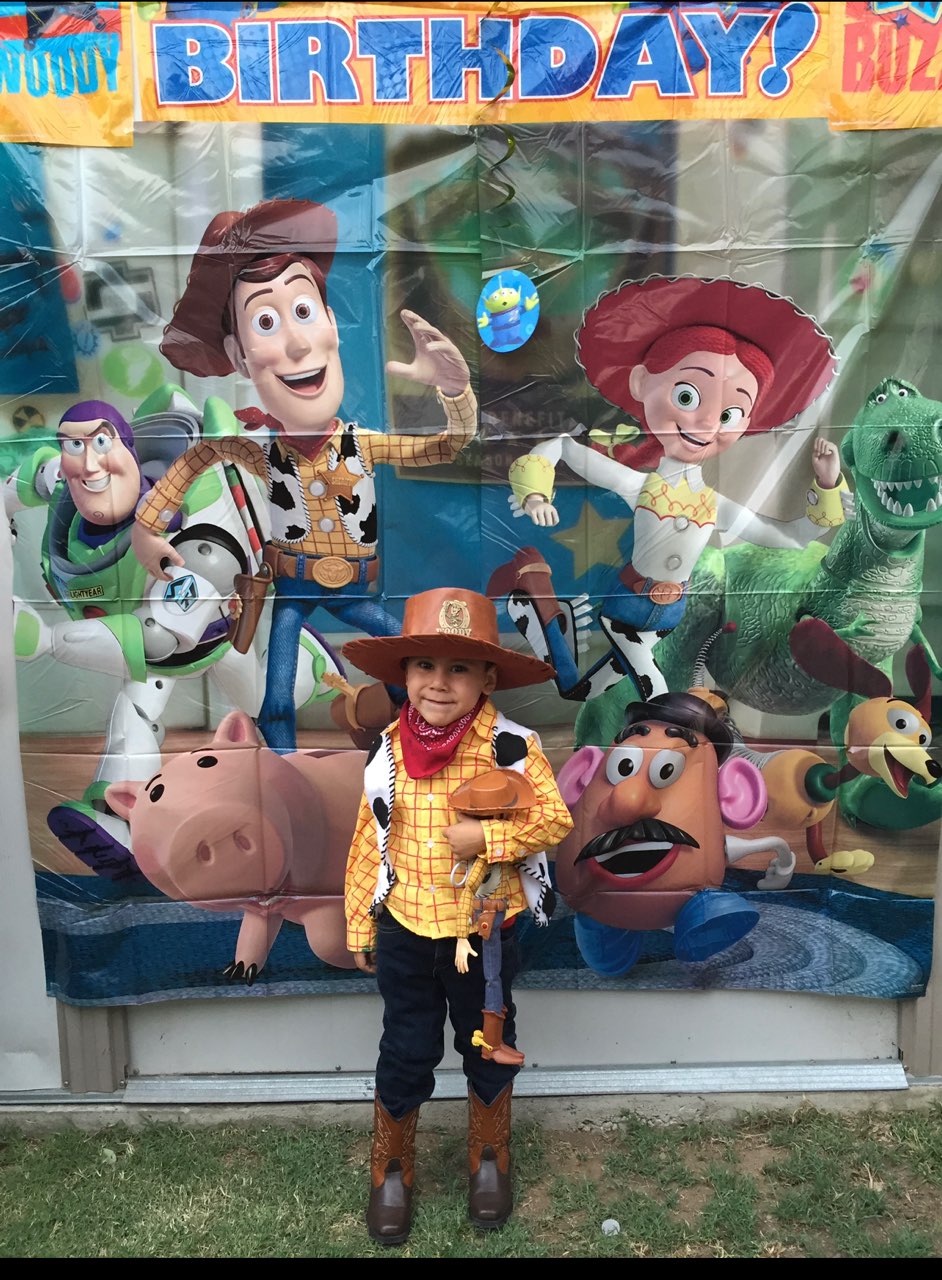 Salvador Esparza III. $50,000 reward.
Altadena, California.
Source: Project Cold Case
April 27, 2020 | By Jeremy Henderson
It’s a nice day in southern California and Juana Esparza is on her way to Resurrection Cemetery, not because her grandson would be turning seven tomorrow, but because it’s Sunday. That’s just what the family does. They’ve done it every week for more than three and a half years now.
There’s a shiny 1964 Super Sport Impala in the driveway that has airbrushed pictures of him all down the driver’s side, and all down the passenger’s side. They pack it with Gummi Sharks and some of his other favorite candy and toys, and almost as many flowers as they have on the shrine to him at home in Azusa, and take off for Montebello. Half an hour later, they park and unload and place everything in front of the big headstone with the image of an angel behind a photo of “Baby Chavita”– their son, their grandson, their nephew — taken at his third birthday party. The theme was “Toy Story.”
“That was his favorite movie,” Juana says. “He loved the original ‘Toy Story.'”
In the photo, Salvador Esparza III, the boy who never met a stranger, is wearing his Woody costume and holding the Woody action figure he was never without until July 5, 2016, at approximately 10:40 p.m.
Juana was at home.
“He’d been with us the day before celebrating the Fourth of July,” she says. “We usually do all the fireworks and things in Azusa. So he spent that Monday with us. On Tuesday, his mother Coral came to pick him up because it was her day.”
“She said she was going to her mom’s house,” Juana continued, “but that never happened. She ended up at her boyfriend’s house. We were getting ready for bed and we received a call from her. She said Salvador had been in an accident.”
Details are still fuzzy. Relationships are still strained. The reward is still $20,000. Maybe it’ll be enough to convince someone to talk, to give a better description of the shooter beyond “black male,” to give a better description of the car waiting on Olive Street beyond “dark sedan.”
Because that’s what it’s going to take, Juana says. She’s convinced someone knows something, that they just haven’t said anything. It’s been more than three years and they’re still afraid, she says. That’s typically how it goes with gang violence, which is what investigators started calling it early on.
It was a nice night in Altadena. Clear skies, 68 degrees. The 13 rounds fired at the home in the 300 block of palm tree-lined Figueroa Drive were meant for Coral Salvador’s boyfriend, or his brother or his friend, or maybe all of them. They were all on the front porch, probably still talking about what had happened. It had only been 15 minutes.
Coral and her boyfriend had walked to the liquor store down the street. They exchanged words with someone; no one seems to know who. It got ugly. Sometimes the police call it an argument, sometimes they call it a fight. They always call it the reason.
Coral got back to the house and put Salvador to bed. She walked out of the room. A few minutes later, so did Salvador. He walked down the hall. He opened the front door. The bullet pierced his skull.
Some neighbors thought they were hearing leftover fireworks; the deputies who happened to be patrolling nearby did not.
Minutes later, they found a 27-year-old bleeding on the porch and a motionless four-year-old in the frame of the front door.
Paramedics took both to Huntingdon Hospital. Two hours later, the man was in recovery. Salvador was dead.
Three and a half years later, his memory has never been more alive.
They always stay until the man comes to lock the gate. They always leave the flowers, they leave the candy. But Juana always takes Woody back home until next week. She doesn’t want him thrown away or stolen or ruined by the rain or something. Of course, today, she could probably make an exception.
“Tomorrow is his birthday,” she says. “We’re coming tomorrow, too.”
If you have any information on the unsolved murder of Salvador Esparza III, please call Sgt. John O’Brien or Sgt. Domenick Recchia with the Los Angeles County Sheriff’s Department at (323) 890-5500. Those who wish to remain anonymous can call Crime Stoppers at (800) 222-8477.
https://projectcoldcase.org/2020/04/27/salvador-esparza/