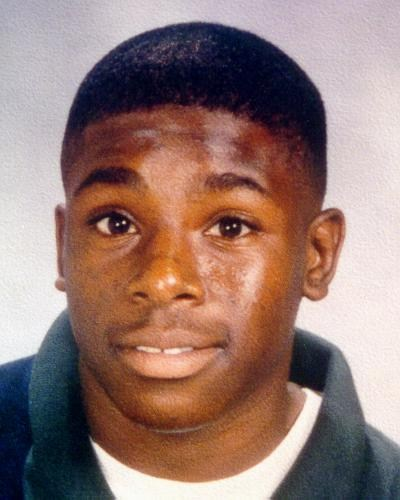 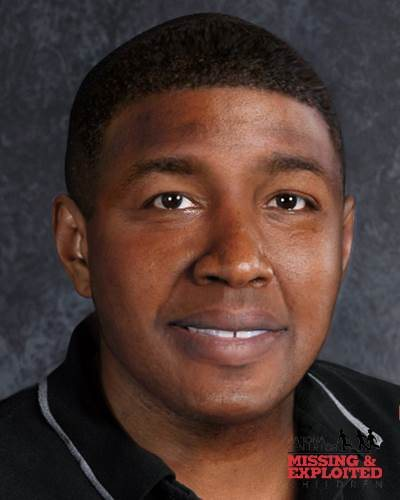 Kevin Lamont McClam
Missing Since
03/30/1997
Missing From
Goose Creek, South Carolina
Classification
Endangered Missing
Sex
Male
Race
Black
Date of Birth
04/02/1982 (40)
Age
14 years old
Height and Weight
5'7, 140 pounds
Clothing/Jewelry Description
A long-sleeved brown and white-striped shirt, long white pants and black and white Nike shoes.
Distinguishing Characteristics
African-American male. Black hair, brown eyes. Kevin may use the last name Alexander.
Details of Disappearance
Kevin was last seen at 1:00 a.m. on March 30, 1997 at his family's residence in Goose Creek, South Carolina. The home is located in the Charleston Naval Weapons Station; his family was in the U.S. Navy in 1997.
Kevin was playing video games with his younger sister that evening. When his mother came home, they spoke for awhile and Kevin's sister and mother went to bed. Kevin said he would stay up and play more video games. When his family members woke up, he had disappeared. He has never been heard from again.
Kevin's clothing was found two days after his disappearance, at a nearby construction site. The articles of clothing were separated by about five or ten feet along the road. There was no sign of him at the scene.
Witnesses reported seeing a person who matched Kevin's description walking along a dirt road near the construction site during the afternoon hours of March 30. The individual was wearing only sneakers and boxer shorts and appeared to be alone and not under duress.
Kevin's mother says it is uncharacteristic of him to leave without warning; he never missed a meal and always returned home by dark. He was an eighth-grader at Marrington Middle School at the time of his disappearance, a good student who was well-liked by teachers and did not use drugs. He played basketball.
His mother believes her son possibly sneaked out of his house to meet his friends the night he vanished, but all of Kevin's friends deny having seen him on the night he went missing. There was no sign of forced entry to his home and no indications of any struggle.
In early 2006, authorities announced they were investigating Kevin's case as a homicide due to new forensic evidence and new tips from the public. An unsuccessful search for his remains was conducted in the Goose Creek area in October.
In December 2006, authorities publicly named a suspect in Kevin's presumed murder: Thomas McCardle, who is presently incarcerated on unrelated robbery charges. A photograph of him is posted with this case summary. Another man, Michael Moorcroft, bragged about how he and McCardle had killed Kevin. Both men would have been in their teens at the time of Kevin's disappearance.
Moorcroft, who has not been charged with any wrongdoing related to Kevin's disappearance, claims he only made up the story. Cadaver dogs alerted authorities to the possible scent of human remains under a shed at Moorcroft's childhood home, but when police dug up the yard they found nothing of interest.
Kevin was born in Indianapolis, Indiana. His family moved out of South Carolina in 1998 and currently live in Georgia.
Investigating Agency
Goose Creek Police Department
803-572-4300
Naval Criminal Investigative Service Headquarters (NCIS)
800-479-9685
NCIS Resident Agency
Charleston, South Carolina Office
803-764-7800
https://charleyproject.org/case/kevin-lamont-mcclam