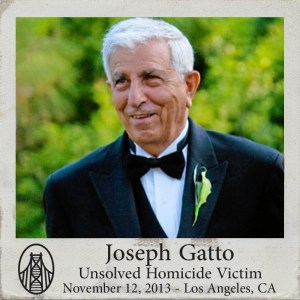 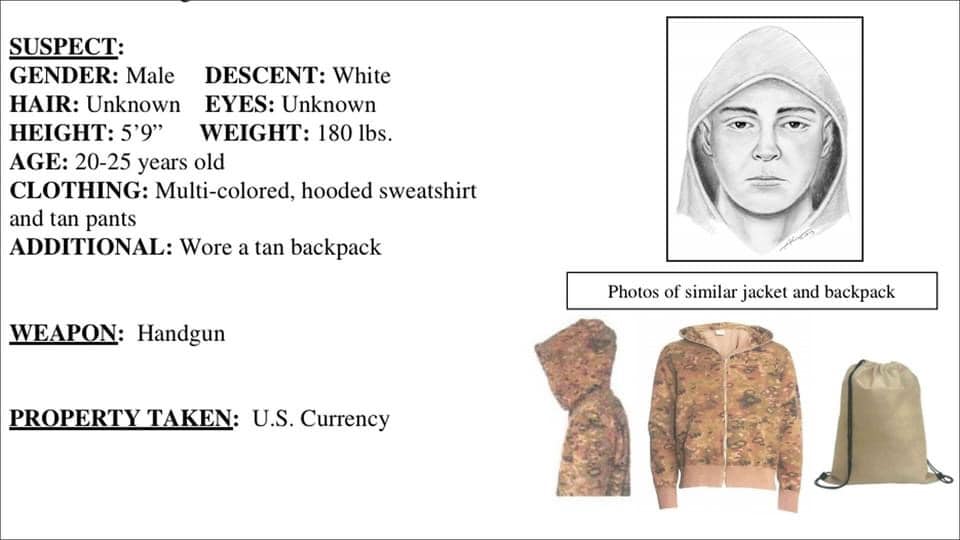 Joseph Gatto $50,000 reward
April 20, 2020 | By Sydnee Batzlaff
This story is part of a collaborative project between Project: Cold Case and a University of North Florida Journalism class. The student credited above wrote this story as a class project.
Joseph Gatto was a strong, healthy man and those who knew him in his Los Angeles community believed he would live to be 100 years old.
He died 22 years too soon.
Joseph was a hard worker and had three different jobs. He taught high school and college classes and sold concessions at the Dodger Stadium in the evenings. He was also an artist, jewelry maker, and author.
He was prominent throughout the community and liked by everyone.
In 1985, he helped found the Los Angeles County High School for the Arts. He headed the visual arts department.
Mike Gatto, a former California state assemblyman, referred to his father as a “hard-ass.” Joseph’s teaching style was described as hard and demanding. He cared so much about his students and only wanted the best for them. Mike says that students compared him to the tree in the story “The Giving Tree,” because he always gave so much.
The list of notable alumni from the school is extensive. Gatto was fortunate to teach singer Josh Groban and artist Kehinde Wiley, who painted Barack Obama’s presidential portrait housed in the National Portrait Gallery in Washington D.C.
Jim Blackford was also a teacher at the high school and retired with Joseph in 2002. The two would go shopping every Thursday morning after they retired. Joseph bought supplies for making jewelry and Jim bought materials for woodworking. Jim remembers waiting for Joe to come pick him up that Thursday morning, but instead he got a phone call that his good friend had been murdered.
On November 13, 2013, Joseph’s daughter went to visit his Silver Lake home for their weekly dinner. She walked into the home, and after calling his name, found him dead on the third floor, slumped over his desk and shot to death. Silver Lake is a safe, wealthy area and, according to Forbes, is the “hippest” neighborhood of Los Angeles. The town is full of art culture and Joseph loved being a part of it.
There have been several leads, but none of them seem to add up. The detectives repeatedly told the public they would solve the case, but, as the years passed, it eventually went cold. His son, neighbor, friends, and others want answers.
Mike believes his father’s killer is still out there. Mike previously wondered if politics had led to his father’s murder, but detectives dismissed the idea.
Diane Evans lived across the street from Joseph. She described him as always being busy, whether it was going to church at 8 a.m., going for a run, painting, or making jewelry in his garage and being a good grandfather.
“I have nothing bad to say about Joe,” she says.
Diane says that after the crime, the house stood empty for three years before being sold. It was sold to a husband and wife who are always working in the garage. The husband is an artist just like Joseph.
“I’m sad Joe is gone, but I am happy with this new family because it brightened up the street. I feel Joe’s spirit,” Diane said. Still, she thinks about the murder. She believes the killing had been planned and wasn’t random.
Mike lives in Los Angeles with his wife and three kids. His youngest child, his first son, never met his grandfather Joseph. Mike and his wife named their son Joseph in remembrance of his grandfather.
Mike says that one of his favorite memories is just watching his father dance around with his daughters in the living room. It was evident that Joseph loved nothing more than being a grandfather.
Police have a sketch of a person of interest. A man was caught breaking into cars on Moreno Drive before Joseph’s murder. Witnesses say he pointed guns at them when they confronted him. Officials have yet to identify this man or figure out if it was related to the murder.
Mike believes that someone simply knows something. There is a $50,000 reward available for information leading to a suspect, but fewer than 25 tips have been received.
If you have any information on the unsolved murder of Joseph Gatto, please call the Los Angeles Police Department at (877) ASK-LAPD (275-5273).
https://projectcoldcase.org/2020/04/20/joseph-gatto/