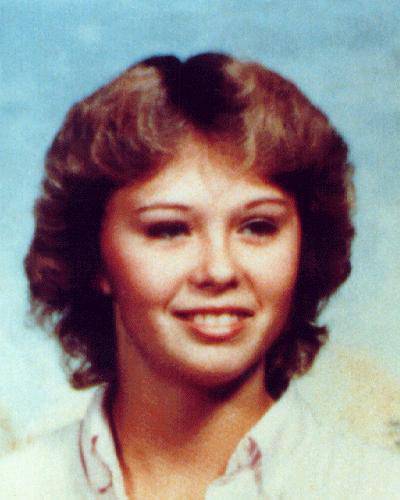 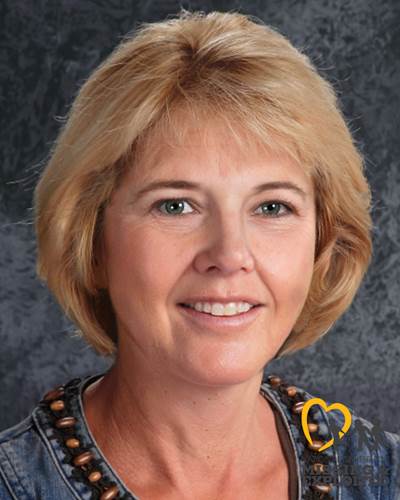 Missing Since
05/11/1986
Missing From
Jay, Maine
Classification
Endangered Missing
Sex
Female
Race
White
Date of Birth
01/21/1969 (53)
Age
17 years old
Height and Weight
5'7, 135 pounds
Clothing/Jewelry Description
A white short-sleeved blouse, blue jeans, white high-top sneakers, and a man's class ring that was engraved "Mike 87" and "Mike Staples."
Distinguishing Characteristics
Caucasian female. Blonde hair, blue eyes. Kimberly has a surgical scar on her back. Her right ear is pierced three times and her left ear four times. Her ankle and her arm have previously been fractured.
Details of Disappearance
Kimberly canceled plans to attend her high school's Junior Prom on the night of May 11, 1986 after an argument with her boyfriend. She went out with a female friend instead and they met two 25-year-old male acquaintances.
Kimberly stopped by her house on Jewell Street at 11:00 p.m. and told her sister she would return home in an hour. She was later seen entering a late-model white Pontiac Trans Am with one of the men. She didn't take her purse, makeup or any of her personal belongings with her when she departed her home. They supposedly went to a teen drinking party.
The man Kimberly was with, Brian Enman, later stated he dropped her off at approximately 3:45 a.m. the following morning. He told authorities that Kimberly was still upset about the fight with her boyfriend and requested to be let out of the car on Jewell Street half a mile from home. She allegedly claimed she wanted to be alone and walk the remaining distance to her house.
She has never been seen again. Foul play is suspected in her case; police stated they'd identified two prime suspects, whom they didn't name publicly.
Enman is considered a person of interest in Kimberly's disappearance, but has never been charged in connection with it. Her father doesn't believe his story about Kimberly asking to get out of the car and walk home by herself; he stated she wouldn't have done that because it was a cold night and she was afraid of the dark.
Kimberly's father says he has maintained contact with Enman over the years since Kimberly's disappearance in hopes of finding out what happened to his daughter. In 2015, authorities searched a five-acre property belonging to Enman, hoping to find evidence in Kimberly's disappearance. The search turned up nothing.
Kimberly enjoyed writing poetry and suntanning in 1986, and she participated in gymnastics and cheerleading at Jay High School. She wanted to be a model and had become a contestant in the Miss Maine beauty pageant. She has two sisters. Her mother died of cancer in 1988, but her father still lives at same home they occupied in 1986.
One of Kimberly's sisters speculates she died accidentally on the night of her disappearance and the people she was with covered it up. Her father also believes she died within hours of leaving home.
Some agencies state that Kimberly vanished from Livermore Falls, Maine. That city's police force is investigating her disappearance. She was declared legally dead in 1993. Her case remains unsolved.
Investigating Agency
Maine State Police 207-973-3700
Livermore Falls Police Department 207-897-3424
https://charleyproject.org/case/kimberly-ann-moreau