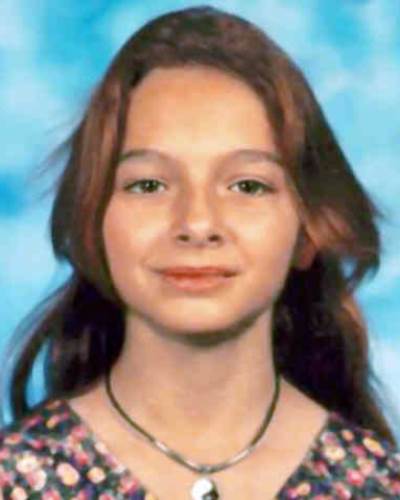 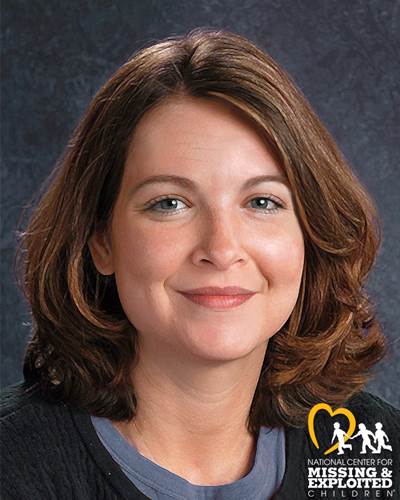 Trudy Leann Appleby
Missing Since
08/21/1996
Missing From
Moline, Illinois
Classification
Non-Family Abduction
Sex
Female
Race
White
Date of Birth
09/04/1984 (37)
Age
11 years old
Height and Weight
4'8 - 5'0, 75 - 85 pounds
Clothing/Jewelry Description
A shirt, black stretchy bicycle shorts, white socks, and dark blue Nike deck shoes with white shoelaces.
Associated Vehicle(s)
Silver or gray four-door box-style vehicle, similar to a Chevrolet Celebrity
Distinguishing Characteristics
Caucasian female. Brown hair, blue/green eyes.
Details of Disappearance
Trudy's father departed from their family's residence to report to work at approximately 9:00 a.m. on August 21, 1996 in Moline, Illinois. A neighbor saw Trudy enter a silver or gray four-door box-style vehicle, similar to a Chevrolet Celebrity, in the driveway of her home between 9:30 and 10:30 a.m.
The driver of the vehicle is described as being Caucasian and in his twenties at the time with curly brown or black hair worn long to his shoulders. The suspect was wearing a baseball cap. Neither Trudy nor her suspected abductor has been seen again. Her father reported her disappearance when he could not find her after he returned home from work.
Authorities believe that Trudy may have known the vehicle's driver. Her family's residence was located off of the main road and was not visible from the street. Her case was initially investigated as a possible runaway, but investigators now believe Trudy was abducted. She took a swimsuit and a towel before departing from her home. She left approximately $200 behind, which her father said she saved for an upcoming vacation.
William "Ed" Smith was identified as the prime suspect in Trudy's disappearance in 2017. Smith, a friend of Trudy's father, died in 2014. A witness (reportedly his son-in-law, David Whipple, who lived across the street from Smith in 1996), had seen Trudy in his car, and Smith threatened to kill him if the witness told the police about this.
Smith was seen alone later on the day of Trudy's disappearance, but Trudy was never seen again. He had his car scrapped within a week of Trudy's disappearance, and he acted "despondent" whenever her name was mentioned.
Trudy's father theorizes that Smith and Whipple took Trudy out on a boat on the Mississippi River and something unexpected happened, perhaps an accident, that led to the child's death. Trudy was friends with one of Whipple's children and frequently accompanied their family on the boat. On the day of her disappearance, she had asked her father for permission to go swimming and he told her no; however, it's possible she went anyway against his wishes.
A third person of interest, Jamison A. "Jamie" Fisher, was named in Trudy's case in 2020. He was a lifelong friend of the Smith family. Photos of Fisher, Whipple, and Smith are posted with this case summary. Investigators stated they believe Fisher and Whipple know to Trudy and may have helped cover up whatever caused her disappearance.
In May 2021, Fisher was sentenced to two years in prison on an unrelated charge of auto theft; he is due to be released in 2026. Whipple, a registered sex offender, refused to cooperate with investigators in Trudy's disappearance. He died in August 2022, at the age of 61.
Police are appealing to anyone who might have seen any suspicious activity in the areas of Campbell's Island, Black Bird Island, Dynamite Island, or the boat launch at Empire Park in East Moline, Illinois on the day Trudy disappeared. Her case remains unsolved.
Investigating Agency
Moline Police Department 309-797-0401
Crime Stoppers of the Quad Cities 309-762-9500
http://www.qccrimestoppers.com/
https://charleyproject.org/case/trudy-leann-appleby