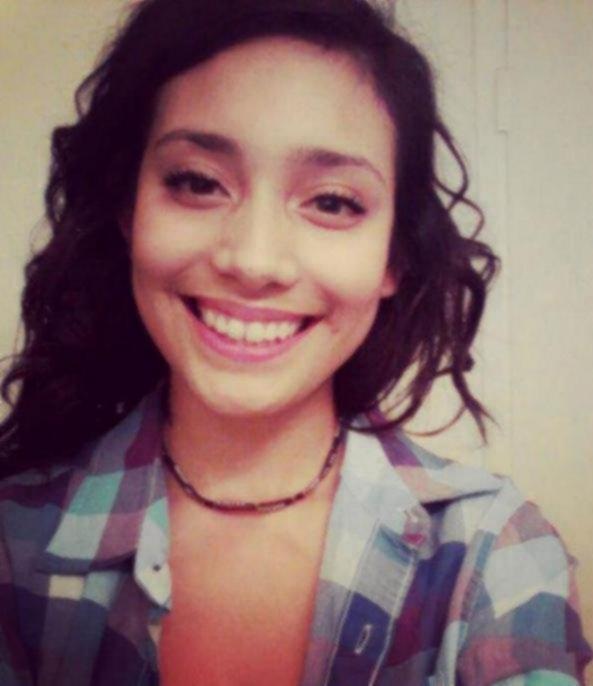 ADRIENNE CELESTE SALINAS
Suspicious Death
Tempe, Arizona
June 15, 2013
Date(s) of Birth Used November 5, 1993
Place of Birth Arizona
Hair Black
Eyes Brown
Height 5'5"
Weight 100 to 110 pounds
Sex Female
Race White (Hispanic)
Scars and Marks Salinas had a small tattoo of a tribal sun on her neck. She also had a lip piercing with a clear stone, and a four-inch scar on her back.
Reward:
The FBI is offering a reward of up to $20,000 for information leading to the identification, arrest, and conviction of the person(s) responsible for the suspicious death of Adrienne Celeste Salinas.
Remarks:
Salinas drove a white, 2002 Mercury Sable (which has been recovered).
Details:
On June 14, 2013, Adrienne Celeste Salinas, a 19-year-old woman from Tempe, Arizona, attended a birthday party at her residence for a friend.
In the early morning hours of June 15, 2013, Salinas left the party and then returned, speaking briefly with a roommate. At about 4:00 a.m., Salinas was seen leaving the party again. A few minutes later, her vehicle was involved in a single-car accident a short distance from her residence. Salinas returned to her apartment unseen, changed clothes, and called a cab.
At around 5:00 a.m., Salinas sent a text message to her boyfriend stating she was going to his residence. Salinas then spoke with the cab driver, confirming that he was en route to pick her up at a convenience store in close proximity to her residence. Shortly thereafter the cab driver arrived and was unable to locate Salinas or reach her by phone.
Subsequent attempts to contact Salinas' phone went directly to voice mail. Salinas was reported missing on June 16, 2013 (Father's Day), after she was unable to be located by family and friends.
On August 6, 2013, two weeks after a substantial storm and flooding of the area, Salinas' remains were located in a desert wash basin behind a residence in Apache Junction, Arizona.
Submit a Tip:
Anyone with information regarding this case should call 1-800-CALL-FBI or the Tempe, Arizona, Police Department at (480) 350-8311.
You may also contact your local FBI office or the nearest American Embassy or Consulate.
Field Office: Phoenix
Submit an anonymous Tip online https://tips.fbi.gov/
https://www.fbi.gov/wanted/seeking-info/adrienne-celeste-salinas