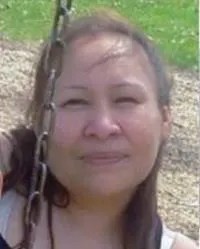 Rita Papakee Case Update – Reward Increased to $75,000
Source: Meskwaki Nation Sac & Fox Tribe of the Mississippi in Iowa
RITA PAPAKEE CASE UPDATE– MISSING SINCE JANUARY 2015
Meskwaki Settlement, Iowa, July 2020 – On July 8, 2020, the Meskwaki Tribal Council voted to increase the reward from $50,000 to $75,000 for information leading to the whereabouts of Rita Janelle Papakee. The Meskwaki Nation Police Department encourages the people who know what happened to Papakee to come forward.
Chief of Police Jacob Molitor stated, “We are troubled that Papakee has not been located but we have faith that someone will do the right thing and report where she is. We appreciate the support of the Tribal Council in our continued investigation, and for raising the reward amount to assist in locating her. Rita’s family and community deserve to have her home.”
Molitor explained, “It is known that Papakee was alive on January 16, 2015 because she was seen leaving the Meskwaki Bingo Casino Hotel, but no one saw her after. Since then, the department has held an on-going investigation. We have conducted countless hours’ worth of interviews in and outside of our immediate area, posted missing person fliers, hosted volunteer search parties, and reached out to other agencies to assist with the case.”
In May 2019, the family, with the help of the Meskwaki Tribal Council and MNPD, held a week and a half long search of various places across the Settlement and Tama County. In January 2020, the Meskwaki Tribal Council raised the initial reward of $25,000 to $50,000. This month, they raised the reward again, to $75,000.
Over the years, the MNPD has responded to numerous tips on her whereabouts along with frequent calls of suspicious items located in the woods and other areas that might have belonged to her. Although some details have been exposed, more information is needed. It is time that the mystery of Rita Papakee’s disappearance comes to light.
Based on the information discovered, Molitor believes that there are only a select few people that have the information they are all looking for in regards to her whereabouts. Although disheartened that the exact details have not yet been uncovered, he believes the department is one solid tip away from locating her.
“This disappearance has, without a doubt, caused a toll and burden on the minds and lives of Papakee’s family and the community as a whole,” Molitor stated. “All we can ask for is that the community keeps the conversation about her alive and provides any and all tips so that we can discover the truth. If you know anything that could help in the investigation, please speak up.”
Rita Janelle Papakee has been missing since January 16, 2015. She was 41 years old, 5’4” tall, had brown hair, brown eyes, and weighed between 145-170 lbs. when she disappeared. Contact the Meskwaki Nation Police Department with information at (641) 484-4844 or by texting/calling the department’s anonymous tip line at (641) 481-0840.
https://www.meskwaki.org/rita-papakee-case-update-reward-increased-to-75000/