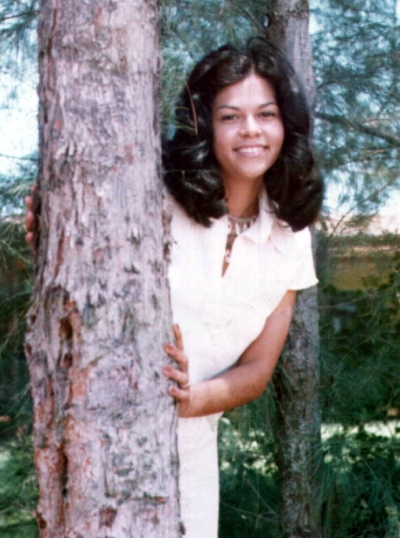 Case # 193807-T
Victim: Esmeralda Gordon, W/F/24
Source: Miami-Dade Police Department
Occurred: The victim was discovered deceased on Sunday, August 17, 1975, near a rock pit located at approximately SW 135 Avenue and 56 Street.
Narrative: It was reported on the morning of August 17, 1975, Esmeralda Gordon had driven from her home located at 691 NE 69 Street, Miami, Florida to the Southwest area of Miami-Dade County in order to check several garage sales which had been listed in the newspaper. Her deceased body was discovered at 2:50 p.m. at the above location. According to reports, the victim had returned home from the garage sale and was enroute to J.C. Penny's to go shopping. She was never seen or heard from again until her discovery.
Her 1972, Chevrolet Vega was located on Tuesday, August 19, 1975, parked in a parking garage near Burdines at the 163rd Street Shopping Center.
Anyone with information on any of our cold cases is urged to call Crime Stoppers at 305-471-8477 or send an email to the Homicide Bureau. hominfo@mdpd.com
https://www.miamidade.gov/global/police/home.page