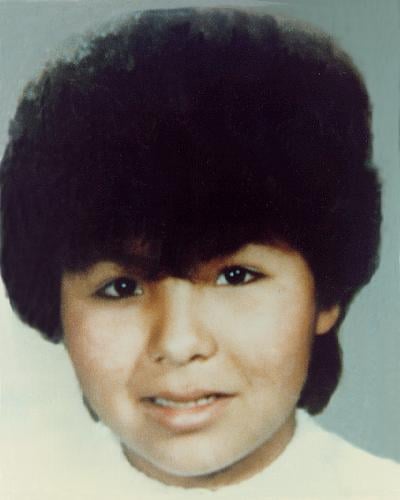 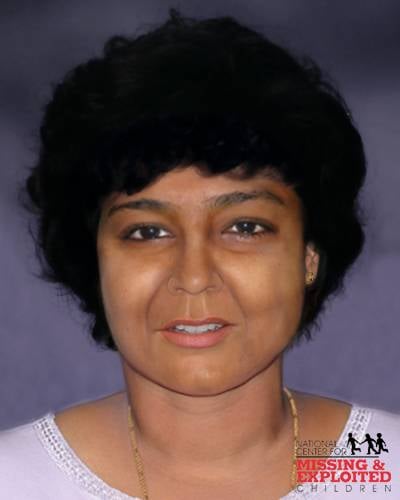 Missing Since
09/18/1984
Missing From
Eagle Butte, South Dakota
Classification
Non-Family Abduction
Sex
Female
Race
Native American
Date of Birth
05/27/1972 (49)
Age
12 years old
Height and Weight
5'3, 110 pounds
Clothing/Jewelry Description
A black and yellow top with a tiger stripe pattern, and black shoes, and carrying a red bag.
Distinguishing Characteristics
Native American female. Black hair, brown eyes. Some agencies give Sharon's last name as "Bald Eagle." Her ears are pierced.
Details of Disappearance
Sharon ran away from her hometown of Eagle Butte, South Dakota on September 18, 1984, along with a fifteen-year-old friend named Sandi. The girls were hitchhiking together in Casper, Wyoming when they were picked up by a truck driver named Royal Russell Long. A photo of him is posted with this case summary.
Long took the two girls to his home in Evansville, Wyoming, and fed them. Sandi stated he then offered them $100 for sexual services. When the girls refused, he tied them up at gunpoint, beat Sharon, and raped Sandi. Sandi escaped and went for help, but by the time police arrived at the residence, Long and Sharon were gone.
A week later, Long was apprehended in Albuquerque, New Mexico. Sharon wasn't with him and he said he did not know her whereabouts. When asked for his side of the story, Long said Sharon and Sandi had told them they were eighteen and nineteen, and that Sandi agreed to have sex with him for $100.
After the sex act took place, Sandi demanded $200 from him and threatened to accuse him of rape if he did not give her the money, and she told him she and Sharon told him they were actually only fifteen and twelve years old. Long said there was a struggle, although he did not hit the girls, and his nose was bloodied. He threatened them with a pistol and tied them up.
He then took a nap, and when he woke up he discovered Sandi had escaped. He carried Sharon out to his truck and drove her to Cheyenne, then put her on a light-colored truck bound for Dallas, Texas and this was the last time he ever saw her. He said he didn't realize he was wanted for kidnapping and rape until he went back to Casper.
According to Long, after realizing the police were looking for him, he drove to Amarillo, Texas, trying to find Sharon or anyone who might have seen her. Authorities were unable to find anything to support his story; they couldn't identify the truck driver Sharon supposedly got a ride to Dallas with, or find anyone who had seen this trucker or his truck.
Prosecutors considered charging Long with Sharon's murder, but they decided against it, and Sharon's father stated he believed his daughter was alive. Long pleaded guilty to two counts of kidnapping for the purpose of committing indecent liberties with a minor and was sentenced to two life terms in prison.
Long is also a possible suspect in the disappearances of Deborah Meyer and Carlene Brown, who vanished from Wyoming in 1974, and he is the prime suspect in the disappearances of Cinda Pallett and Charlotte Kinsey, who vanished from the Oklahoma State Fairgrounds in Oklahoma City, Oklahoma on September 26, 1981.
He was charged with kidnapping and murdering Cinda and Charlotte after his 1985 arrest, but the charges were dismissed for lack of evidence. He died of a heart attack in prison in 1993. Sharon's father went to visit him shortly before his death, but Long refused to speak to him.
Sharon is the oldest of four siblings and had just begun her first year Brainerd Indian School in Hot Springs, South Dakota when she disappeared. Her father is still alive and searched for her all over the country after her disappearance, traveling as far as Arizona.
There were possible sightings of her in Wisconsin and Colorado in the years following her disappearance. She has never been found and foul play is suspected in her case.
Investigating Agency
Fall River County Sheriff's Office 605-745-4444
FBI 1-800-CALL-FBI (225-5324)
Submit an anonymous Tip online https://tips.fbi.gov/
https://charleyproject.org/case/sharon-baldeagle