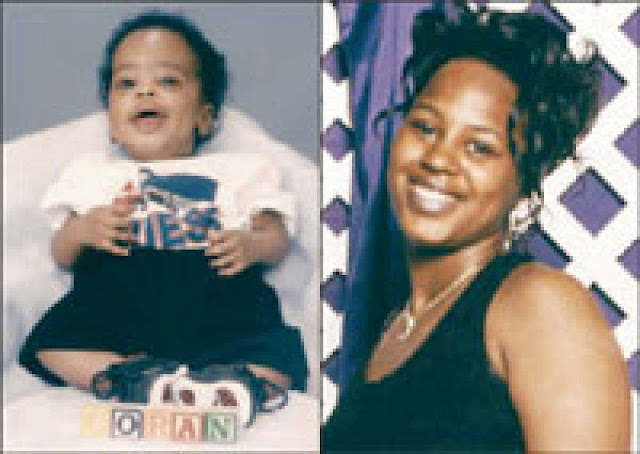 Rhonda Johnson – Corán Johnson – Stamford – September 12, 1996
Source: Connecticut State Division of Criminal Justice
Rhonda Johnson and her six-month-old son, Corán, were found fatally shot in her blue Toyota Camry on Thursday, September 12, 1996, on Grenhart Road between Victory Street and Diaz Street in Stamford.
Eighteen-year-old Rhonda had picked up her son from his babysitter’s home on Oaklawn Avenue in Stamford around 3:30 p.m. and was scheduled to start a shift at 4 p.m. at Stamford Hospital where she worked as a dietary aide
Johnson’s family grew worried when they learned she had not showed up for work and had not contacted anyone to explain why. A passerby on Grenhart Road observed Rhonda slumped over the steering wheel of her car and notified emergency services shortly before 8 p.m.
Both Rhonda and Corán were killed by gunshot wounds to the head. Rhonda, a part-time college student, was a graduate of Westhill High School in Stamford.
The case is being investigated by the Stamford Police Department and the Cold Case Unit in the Office of the Chief State’s Attorney. Anyone with information about these homicides should contact the Stamford Police Department or call the Cold Case tip line toll-free at 1-866-623-8058. You can also write to the Cold Case Unit, P.O. Box 962, Rocky Hill, CT 06067 or follow this link to email the Cold Case Unit. cold.case@ct.gov
https://portal.ct.gov/DCJ/Programs/Programs/Cold-Cases---Open#Johnson