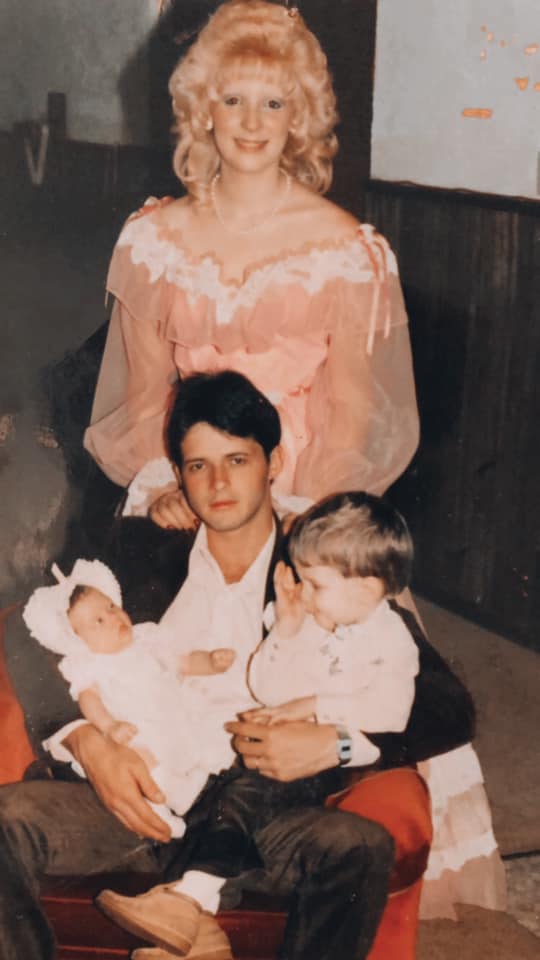 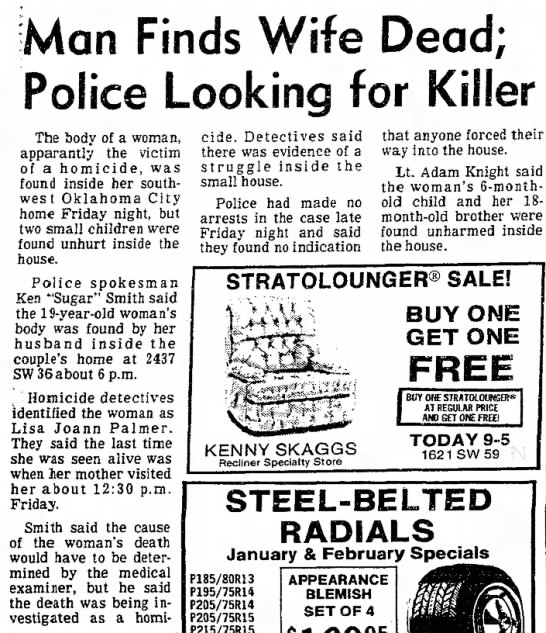 35-year-old cold case of murdered Oklahoma City mom remains unsolved
Lisa Palmer was found strangled in her southwest Oklahoma City home on January 17, 1986.
Updated: 8:14 PM CDT Nov 2, 2021
Abigail Ogle Anchor
OKLAHOMA CITY —
Lisa Palmer was found strangled in her southwest Oklahoma City home on January 17, 1986.
After a decades-long fight for justice, Palmer’s family told KOCO about their unanswered questions for the public and police.
"Every day she wrote something in here," said Lisa Palmer’s daughter Krysta Ryan as she went through her mom’s calendar from 1985.
However, this wasn’t just any calendar.
"This was my baby book that she was creating," Krysta said.
Each day, Palmer would write about a special moment or milestone with baby Krysta. However, the calendar entries abruptly stopped by January of 1986 when Krysta was just 5 months old.
"I really hadn't been really told anything just other than, you know your mom passed away because I'm sure they have to wait till you can just fully understand everything," Krysta said.
The truth that Ryan’s family was waiting to tell her was that her mom was viciously murdered in 1986. Lisa’s husband, Krysta’s dad, found his wife strangled to death inside their southwest Oklahoma City home.
Baby Krysta and Lisa’s young half-brother were both inside the home at the time but remained unharmed.
"It wasn't just her life that was lost. Tragedy just followed our family for years, up until now," Krysta said.
Krysta and her grandmother Barbara Gray have led the charge trying to get justice for Lisa.
"I don't feel like I'll ever rest until I get justice for her. I'm doing the best I can, as a mother without a mother, and not just for justice, but for peace for my dad," Krysta said.
Barbara wants to know that someone somewhere is held accountable.
KOCO 5 spoke to Barbara this year, and decades ago on the 10th anniversary of Lisa’s killing.
Both Krysta and her grandmother said that they have taken matters into their own hands to try to solve the murder, and they have theories about who killed Lisa.
"I think someone went over there with maybe the intent to just get what they wanted out of her. And it went bad because she was trying to protect her kids, and it turned into something that should have never happened," Krysta said.
As Krysta and Barbara hunt for answers, Oklahoma City police said that they are too.
"The odds are stacked heavily against us solving it. Truth be told, after 35 years doesn't solve the case, your odds of solving it, are not great, but it happens," said Master Sgt. Gary Knight.
It has been a frustrating three and a half decades for the family.
Some claim the case is just on the shelf and that officers aren’t doing all they can to solve it. Officers said that isn’t true.
"Well, the leads were exhausted and that's why it ended up in the cold case unit so every lead that they have come across the lead that would take them or point them in the direction of a suspect has been exhausted at this point," Knight said.
Until justice comes, Krysta clings to little pieces of her mom and keeps them as close to her as possible. She finds comfort in her mom’s jewelry and that old baby book calendar.
If you know anything about Lisa Palmer’s case, police want to hear from you. You can remain anonymous. Call the Homicide Tip Line at 405-297-1200 or Oklahoma City Crime Stoppers at 405-235-7300.
https://www.koco.com/article/35-year-old-cold-case-of-murdered-okc-mom-remains-unsolved/38140096