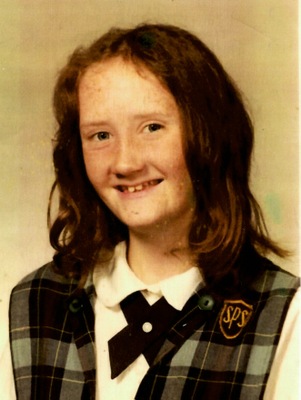 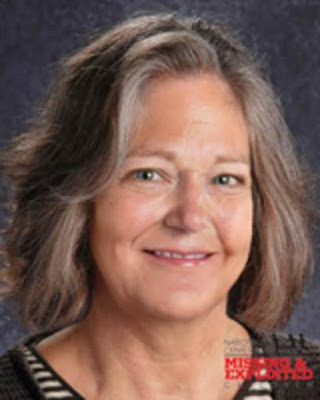 Date(s) of Birth Used February 4, 1960
Hair Brown
Eyes Blue
Height 5'2" (at time of disappearance)
Weight 105 pounds (at time of disappearance)
Sex Female
Race White
Reward:
The FBI is offering a reward of up to $25,000 for information leading to the arrest and/or conviction of the subject(s) responsible for the disappearance of Margaret Ellen Fox.
Remarks:
At the time of her disappearance, two of Margaret's top front right teeth were missing and she wore eyeglasses. She was last seen wearing jeans with a yellow patch on the knee, a blue blouse, a white and black checkered jacket, and brown sandals with a heel strap. She was also wearing a gold necklace with flowers and a blue stone, and a gold charm bracelet with a blue stone. Margaret was carrying an eyeglass case with a Huckleberry Hound design on it.
Details:
Margaret Ellen Fox was last seen on June 24, 1974, after travelling by bus to meet with a man who called himself "John Marshall" and had advertised for a babysitting job. Margaret was planning to go by bus to Mill and Main Streets in Mount Holly, New Jersey, to have an interview with this man about babysitting his young son. The man's phone number was later traced to a pay phone in a local supermarket. Margaret was seen getting on the bus in Burlington, New Jersey, at approximately 8:40 a.m. en route to Mt. Holly, but she has never been heard from again.
Submit a Tip: 1-800-225-5324.
If you have any information concerning this person, please contact your local FBI office or the nearest American Embassy or Consulate.
Field Office: Newark
Submit an anonymous Tip online https://tips.fbi.gov/
https://www.fbi.gov/wanted/kidnap/margaret-ellen-fox