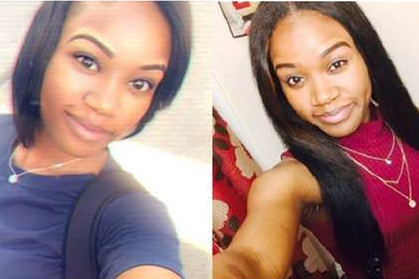 $47,500 reward.
Missing Since
10/02/2018
Missing From
Chicago, Illinois
Classification
Endangered Missing
Sex
Female
Race
Black
Date of Birth
09/24/1992 (29)
Age
26 years old
Height and Weight
5'4, 125 pounds
Clothing/Jewelry Description
A U.S. Postal Service uniform.
Medical Conditions
Coles was twelve weeks pregnant at the time of her disappearance. She also suffers from asthma.
Distinguishing Characteristics
African-American female. Black hair, brown eyes. Coles's ears are pierced. has the following tattoos: a heart on her left hand, the phrase "Lucky Libra" on her back, a jaguar's head on the back of her shoulder, words including the phrase "Love my" in a design on her chest, and words on her wrist. Photos of some of her tattoos are posted with this case summary.
Details of Disappearance
Coles was last seen near 81st and Vernon in the Chatham neighborhood of Chicago, Illinois on October 2, 2018. A local resident's surveillance video showed her leaving her home. Instead of getting into her car, she walked past it, across the street and out of frame.
She was dressed in her postal uniform, but she never arrived at the post office where she worked as a city carrier assistant, and she had actually called in sick that day. She has never been heard from again.
Her car was found parked on the block where she lived, with her purse, cellular phone, prenatal vitamins and lunch bag still inside. It's uncharacteristic of her to go without contacting her family or using her social media accounts.
Coles's family stated she was excited about her pregnancy and looking forward to the birth of the baby, her first. She had moved to her apartment a few months earlier, and also had bought a new car. The father of her child is Joshua Simmons, her boyfriend of five years. He has another partner, however, and they have children, and she was also pregnant when Coles disappeared.
Police stated they had "a pretty good idea of what transpired" and that they believed Coles met with foul play. They have multiple persons of interest in her case. It remains unsolved.
Investigating Agency
Chicago Police Department 312-747-5789
United States Postal Inspection Service 877-876-2455
https://charleyproject.org/case/kierra-michelle-coles