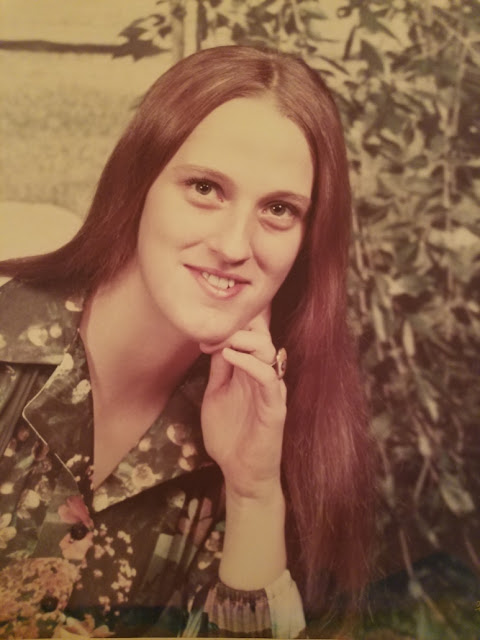 Source: Project Cold Case
May 23, 2022 | By Project: Cold Case Staff
Growing up without a mother is one thing. Growing up without many memories of your mother is another.
“I do remember going to the movies with her one time,” Alicia Carver recalled. “We went and watched an army movie. That’s the only memory I have.”
Alicia was only four years old when her mother Sherry Carver was killed.
Sherry had a “wild spirit,” as Alicia described it. She ran away from home a time or two and struggled with drugs when she was young.
In 1979, Sherry joined the Air Force. That same year she gave birth to Alicia.
Sherry had a “big spirit,” her daughter said. “She jumped out of airplanes in the Air Force!”
Sherry would serve two years in the Air Force, being stationed in Germany and Puerto Rico. After her service, Sherry returned home. Her mother then convinced her to join the Army.
After completing basic training in Pennsylvania, Sherry was stationed at Fort Sill in Lawton, Oklahoma. It was there that Sherry would spend the final days of her life.
On October 19, 1983, Sherry was found in her off-base apartment, dead from numerous stab wounds. “She was nearly decapitated,” the Lawton Police Captain stated at the time. Some reports indicate that Sherry was stabbed upwards of 40 times.
Two days prior, police had responded to a burglary report at Sherry’s residence. The deadbolt and burglary lock on the door had been broken by the suspects. The door wasn’t repaired in the days leading up to Sherry’s death.
Being just four, Alicia didn’t know much about her mother. She just knew that she was gone.
“I knew that she died,” Alicia said. “I remember her picture and I cried about it. It’s hard.”
With Sherry serving in the military, she didn’t get to spend much time with her young children.
It wasn’t until recently that Alicia started tackling her mother’s unsolved case head-on. It was too difficult before. But she made a promise to her grandmother that she would continue to fight.
“I promised my granny when she was dying that I would fight to know what happened,” Alicia said. Her grandmother passed away in 2006 not knowing who killed her daughter. In fact, she lost two children to murder.
When Alicia turned 41 in 2020, she knew that it was time to start this journey.
“I knew if I didn’t do it now, I would never get it done,” she said. “I pushed through and did it – a now or never kind of thing.”
Alicia began reaching out to the local law enforcement agency to get answers.
Through conversations with the detective, Alicia has learned a lot about her mother’s case. Investigators have made progress in the case. It’s encouraging to Alicia to know that her mother isn’t forgotten.
“I think it is time they answer for taking her life and destroying her family,” Alicia said. “They got away with it for almost 40 years at this point.”
Each year, Alicia and her family return to the cemetery where her mother is buried with flowers in hand. Sherry is buried alongside her mother, father, and brother.
“I just want to find out who did this to her and get justice, for her and my grandmother,” Alicia said.
If you have any information on the unsolved murder of Sherry Carver, please call the Lawton Police Department at (580) 581-3270.
https://projectcoldcase.org/2022/05/23/sherry-carver/
Crime Stoppers of SW Oklahoma Video
https://www.facebook.com/watch/?v=1351823915009579