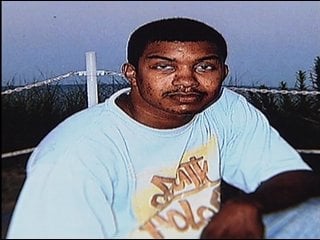 Missing Since
10/08/2007
Missing From
Oklahoma City, Oklahoma
Classification
Endangered Missing
Sex
Male
Race
Black
Date of Birth
12/06/1973 (48)
Age
33 years old
Height and Weight
5'9 - 5'11, 175 - 190 pounds
Distinguishing Characteristics
African-American male. Brown hair, brown eyes. Manuel's nickname is Manny. He was born in the Dominican Republic.
Details of Disappearance
Manuel was last seen in Oklahoma City, Oklahoma on October 8, 2007. His wife, Exondia Jaye Salado, later said he came home from his Army Reserve basic training, left several days later and never returned. He was reported missing after he didn't show up for a weekend of military drills.
Manuel left his cellular phone, checkbook, credit cards, passport, military identification and driver's license behind at home. He also left behind his young daughter. Police found a box of bullets in his home, with six of them missing.
In December 2008, Exondia was arrested in Florida and charged with her husband's murder. Photographs of her are posted with this case summary.
The day of his disappearance, Manuel had come to a friend, very frightened, and said he thought his wife was trying to kill him. He initially wanted to spend the night with his friend, but after speaking to Exondia on the phone he changed his mind and decided to come home.
When investigators looked at her computer, they discovered online searches for how to dismember a human body, recipes for human body consumption, how to build a barbecue pit and how a body decomposes. Exondia allegedly told two friends she shot Manuel to death, put his body inside a plastic box, kept it in the apartment for a week and then burned it on a grill in another home outside the city.
Her defense attorney argued that Manuel was still alive and had gone to the Dominican Republic, his birth country, to be with another woman, but Exondia was convicted of murder in April 2011. She was sentenced to life in prison without parole.
Manuel's remains have never been found, but foul play is suspected in his case due to the circumstances involved.
Investigating Agency
Oklahoma City Police Department 405-297-1126
Oklahoma County District Attorney's Office 405-713-1631
https://charleyproject.org/case/manuel-emilio-salado