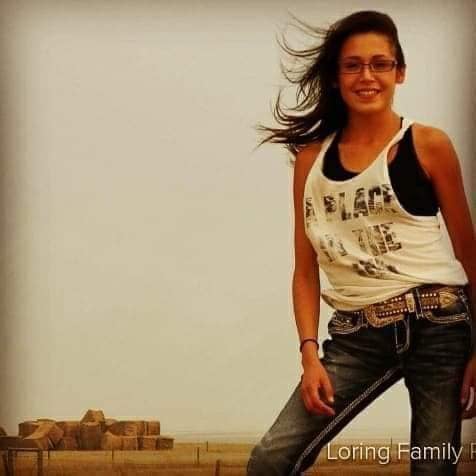 Missing Since
06/05/2017
Missing From
Browning, Montana
Classification
Endangered Missing
Sex
Female
Race
Native American
Date of Birth
11/23/1996 (25)
Age
20 years old
Height and Weight
5'2, 90 - 106 pounds
Clothing/Jewelry Description
A t-shirt and jeans.
Distinguishing Characteristics
Native American female. Brown hair, brown eyes. Ashley's ears are pierced. She may use the last name HeavyRunner or Loring-HeavyRunner. Ashley is of Blackfoot Indian descent.
Details of Disappearance
Ashley was last seen in Browning, Montana on the Blackfeet Reservation on June 5, 2017. She was with friends in the time, and was planning to move in with her sister, Kimberly, in Missoula, Montana after her sister returned from vacation.
When Kimberly arrived home, she expected to hear from Ashley, but Ashley never contacted her and didn't return Kimberly's calls or texts. Kimberly reported her missing after she realized no one had seen or heard from Ashley since June 5.
Ashley was extremely close to her family, particularly Kimberly, and it's uncharacteristic of her to leave without contacting anyone. She was a student at Blackfeet Community College at the time of her disappearance, and is described as an intelligent and outgoing young woman. Her family believes she came to harm, but the circumstances of her disappearance are unclear.
Investigating Agency
Blackfeet Law Enforcement Services 406-338-4000
Browning Police Department 406-338-4000
FBI 1-800-225-5324 https://tips.fbi.gov/
https://charleyproject.org/case/ashley-mariah-loring